"As of this moment, I am convinced he's made the decision," Biden said during remarks at the White House.
The President also said the US believes Russian forces intend to attack Ukraine "in the coming week" or sooner, and that an attack will target the Ukrainian capital of Kyiv.

US Defense Secretary Lloyd Austin on Saturday said Russia was "moving into the right positions to conduct an attack," echoing Biden's assertion that Putin had made up his mind on invading.

"They're uncoiling and now poised to strike," Austin said, speaking from Vilnius, Lithuania. Austin said the US would pursue a diplomatic solution "until the very last minute, until it's not possible."

Biden plans to spend the weekend monitoring the ongoing Ukraine crisis from the White House as he meets with his national security team and remains in close contact with world leaders, multiple officials say. Biden had considered traveling to Delaware, as he typically does, but decided to remain in Washington.

Vice President Kamala Harris was in Munich, Germany, where she warned of "swift, severe and united" consequences for Russia in the event of an invasion.

Throughout recent days, the Biden administration has publicly disclosed several intelligence details on Russian movements -- a marked shift in how US national security officials typically operate. The administration's decision to discuss their movements "loudly and repeatedly," Biden said Friday inside the Roosevelt Room, was made "to remove any reason that Russia may give to justify invading Ukraine and prevent them from moving."

"Make no mistake. If Russia pursues its plans, it will be responsible for a catastrophic and needless war of choice," he added.

The President's assertion on Friday that he's "convinced" Putin has "made the decision" to invade Ukraine is a significant change in his position. Biden previously stated he did not believe the Russian leader had made up his mind, but acknowledged his insights into Putin's thinking were limited. He did note that he hoped diplomacy could de-escalate the situation, saying on Friday that "diplomacy is always a possibility."
Questioned on why he believed Putin is considering diplomacy at all, Biden said only: "We have a significant intelligence capability."

Biden said Friday that Russian misinformation is building up to a false justification for Putin to invade Ukraine, accusing Russia of ceasefire violations in the "rapidly escalating crisis."

"Over the last few days, we've seen reports of a major uptick in violations of the ceasefire by Russian-backed fighters attempting to provoke Ukraine in the Donbas," Biden said, pointing to multiple examples of disinformation that he said have been spread by Russian state media, including a "phony" claim of genocide in the Donbas region.

Biden had not initially been planning to announce during his speech Friday that he believed Putin made up his mind, and the revelation was not included in his prepared remarks. He only made his view known afterward when questioned by a reporter, answering at first only in the affirmative and declining to expand.

He also made clear there is a diplomatic path to resolve the crisis, even as US officials believe it is growing narrower as signs mount of an imminent invasion.

The determination that Putin has decided to invade Ukraine was made in part based on the latest intelligence assessments showing nearly half of Russian forces massed on the borders have moved into attack position, administration officials and people familiar with the matter said.

Defense officials said Friday the number of battalion tactical groups had swelled to approximately 120-125, and that Russian forces were continuing to move toward the border.

Biden's view of Putin's decision-making reflected those developments and the broader assessments of the intelligence community, an administration official said. The President cited "a significant intelligence capability" for his view of Putin's thinking, which he'd previously said was something of a mystery.

Russian foreign ministry spokesperson Maria Zakharova responded to Biden's comments, saying on her Telegram, "The most monstrous thing is that there's not a word about the true state of affairs of the civilian population in the Donbas. No people, no problems?"

But the claims by the Russians simply don't make sense, Biden argued earlier Friday, saying, "It defies basic logic to believe the Ukrainians would choose this moment -- with well over 150,000 troops arranged on its borders -- to escalate a year-long conflict."

In reporting Zakharova's comments, Russia's state news agency RIA-Novosti also said, "The American president repeated the unsubstantiated thesis about Russia's alleged attempts to 'attack' Ukraine, threatening Moscow with sanctions in the event of an escalation. The Russian Federation categorically denies such statements and escalation plans attributed to it."

White House officials have warned that Russia could face extensive sanctions if it invades Ukraine, calling them "the most severe measures we've ever contemplated against Russia."

Despite the US' assessment of an imminent invasion of Ukraine, Biden said that it's up to Ukrainian President Volodymyr Zelensky to decide whether he will attend this weekend's security conference in Germany. Vice President Kamala Harris is expected to meet with Zelensky during the conference on Saturday.

Earlier on Friday, the White House blamed Russia for a massive cyberattack on Ukraine earlier in the week.

"We believe that the Russian government is responsible for widescale cyberattacks on Ukrainian banks this week. We have technical information that links the Russian Main Intelligence Directorate, or GRU, as known GRU infrastructure was seen transmitting high volumes of communication to Ukraine based IP addresses and domains," said Anne Neuberger, deputy national security advisor for cyber and emerging technology.

The attribution for the attack was unusually fast for the US government, and Neuberger noted that Russia has previously benefited from US delays in attributing Russian hacking operations.

"Russia likes to move in the shadows and counts on a long process of attribution so it can continue its malicious behavior against Ukraine in cyberspace, including pre-positioning for its potential invasion," Neuberger told reporters in the White House briefing room.

Biden's speech on Friday comes amid escalating tensions in the region.

US officials say Russia has list of senior Ukrainian officials it would remove if it invades
Nearly half of Russian forces surrounding Ukraine are in attack position, according to a defense official familiar with the latest assessment. The number of battalion tactical groups has swelled to approximately 120 to 125.

The official said the Russian military has continued to move forces toward the border, and within the last 48 hours, the number of forces in attack position has reached 40% to 50%.

US Ambassador to the Organization for Security and Cooperation in Europe Michael Carpenter warned earlier Friday that the US has assessed a significant Russian military buildup near Ukraine just in the last two weeks.

"Russia probably has massed between 169,000-190,000 personnel in and near Ukraine as compared with about 100,000 on January 30," he said in a statement at the OSCE meeting. That includes Russian troops on the borders of Ukraine as well as the Russian-led forces in eastern Ukraine, which have not been included in previous US assessments of Russia's strength in the area.

Shortly before his remarks, Biden spoke with allies in North America and Europe. He will hold a phone call with the leaders of Canada, France, Germany, Italy, Poland, Romania, the United Kingdom, the European Union and NATO to discuss the ongoing crisis.

During the call, the leaders "expressed deep concern" about the situation and reiterated their support for Ukraine and discussed further economic assistance to the country, according to a White House statement.

"They pledged to continue pursuing diplomacy to de-escalate tensions while ensuring readiness to impose swift, coordinated economic costs on Russia should it choose further conflict. The leaders also discussed efforts to ensure the defense and security of NATO's eastern flank," the statement said.

The President on Friday also called into a meeting the vice president was holding with members of Congress, who are all attending the Munich Security Conference in Germany and, according to a person in the room, he reiterated the work the US and allies have been doing to try to prevent a Russian invasion of Ukraine. He also updated the members on the situation at Ukraine's borders. 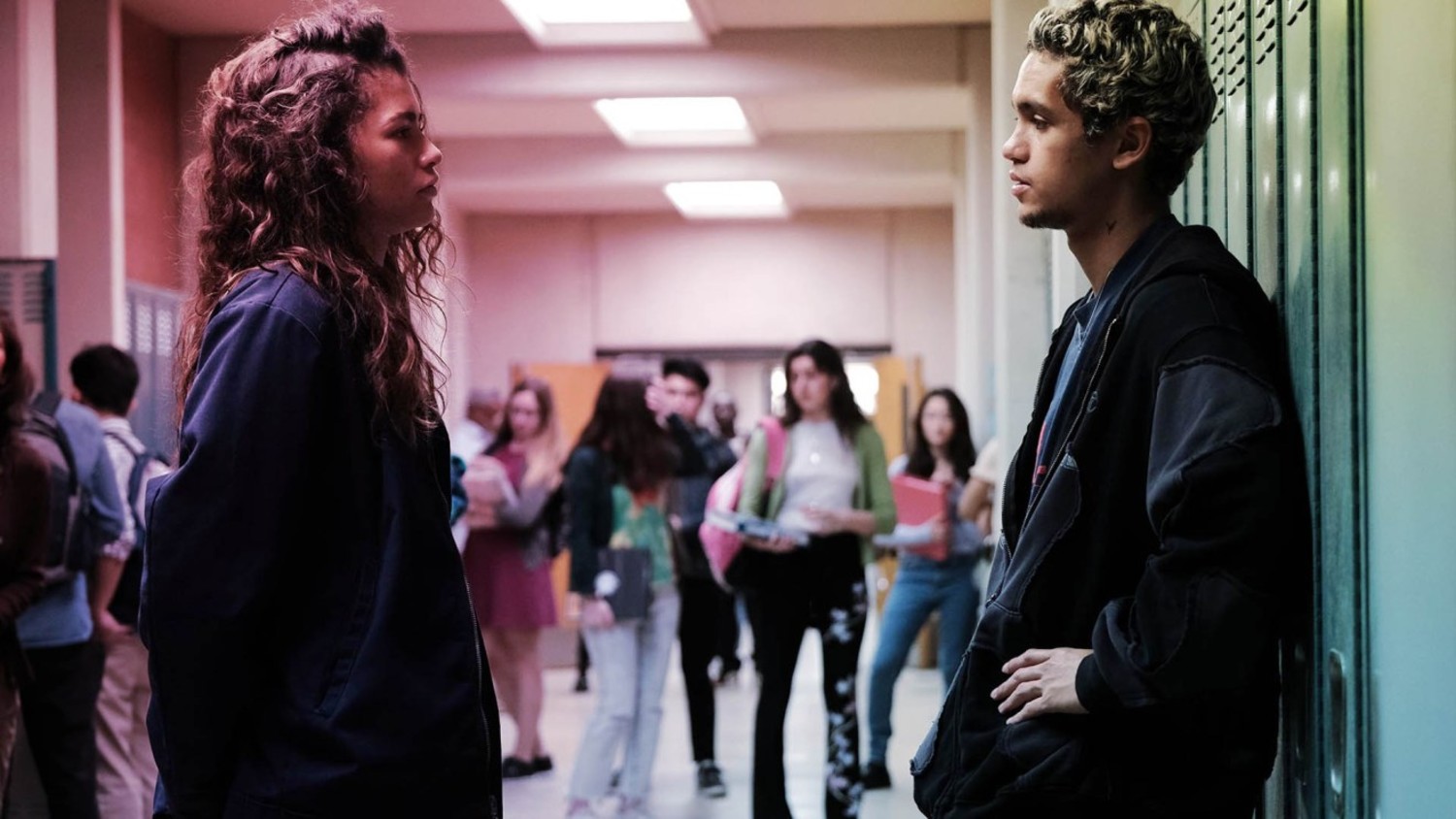 How and Where to Watch ‘Euphoria’: When Season 2, Episode 7 ‘Euphoria S2E7, (S2xE7’ Watch the Premiere Video & More Preview and predictions for “The Theatre and It’s Double”: Now that Rue ha...